Eyebrows may have raised when the Blackhawks’ brass signed Bryan Bickell to a four-year $16 million dollar contract extension last summer. Those very same may have scoffed at Bickell’s regular season performance this year, wondering if it was worthy of the hefty price tag.

At 6’4″ and 233 pounds, he’s good for more than just a salary cap hit. In fact, in the postseason alone this year, he’s racked up 45 hits–making him fourth in the league, in an area where the Blackhawks don’t often excel. 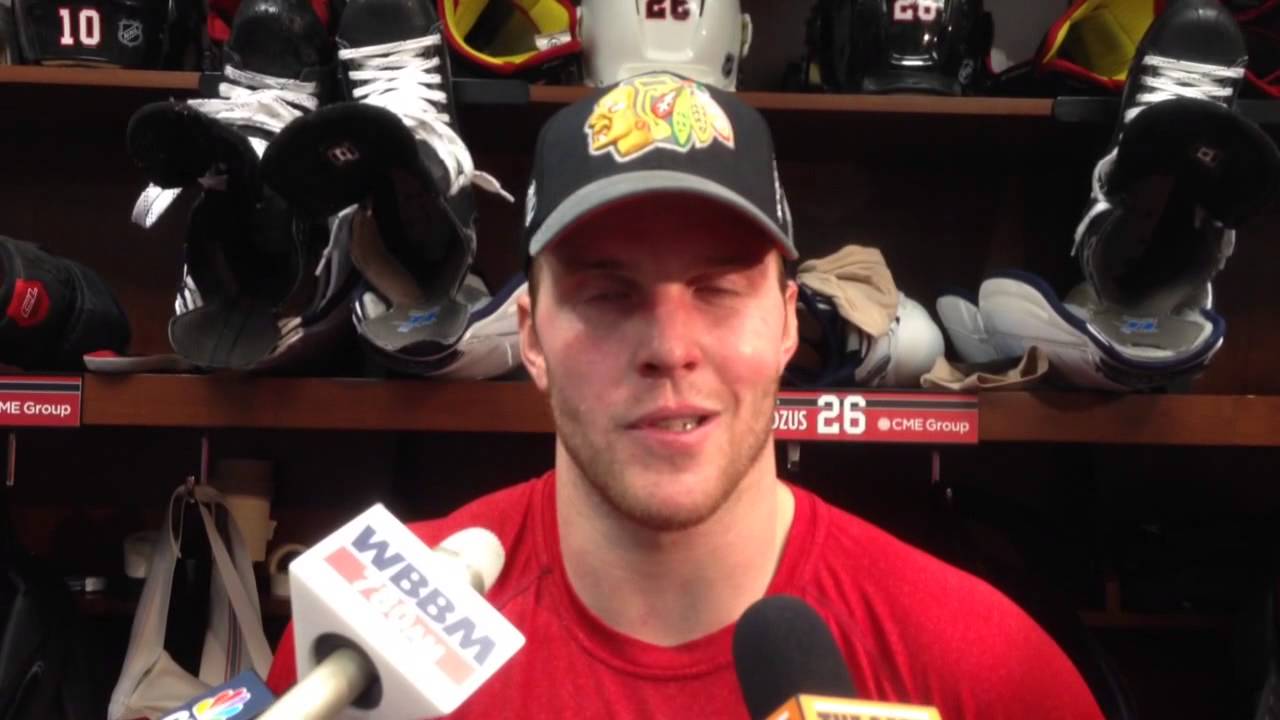 But, more importantly, Bickell has shone on the scoreboard. He’s ranked second in the league for goals in the playoffs this year, with six in just 11 games. He has three assists and he’s a plus-three.

Bickell has scored at least once in each of the last five home games going back to April 23 against the St. Louis Blues, a streak last done in the United Center by Patrick Kane in 2010.

“You get the buildup in the regular season to get to the playoffs and the playoffs are where it really, really counts,” Bickell told the Chicago Tribune Monday, after the Sunday night Game 5 win against the Minnesota Wild. “I don’t want to say the regular season doesn’t count, I just enjoy this time. We don’t practice much, which is good. The city is behind us, our fans (and) just the atmosphere in the dressing room, it gets me fired up.”

That fire has him red hot.

Bickell was first in the “two goals in 17 seconds” duo with Dave Bolland that brought the Blackhawks from a 2-1 deficit to win the 2013 Stanley Cup in the last minutes of Game 6 against the Bruins.

In the 48-game regular season, Bickell had 23 points–nine goals and 14 assists–with an average of 12:48 on the ice. But, his stats skyrocketed in the postseason. He racked up the second-most points on the team in the playoffs, with nine goals and eight assists in 23 games. His ice time average rose to 15:22 and he walloped a whopping 85 hits.

After hoisting Lord Stanley, he closed out a three-year $1.6 million contract with the Blackhawks, opening him up for either a hefty raise or some quality courting in free agency.

The Blackhawks chose to tie him down for four more years.

Bickell, of Ontario, was drafted 41st overall in 2004. He told the Toronto Sun he was also scouted by the New York Yankees, which would have made him an entirely different kind of hitter and altered history for the Blackhawks.

They have him to thank for the latest championship banner in the United Center rafters. And, despite a meager 15 points (11 goals, four assists) for the regular season–he played 59 games, out 20 due to knee injury and others as a healthy scratch–he’s been a standout again in the playoffs.

So, what happens in the postseason?

Is it possible that he plugs-in when April comes around? Or, as Jay Zawaski of CBS Chicago poses, is it his linemates?

Bickell is one of the few Hawks (also included: Andrew Shaw, who has been out with a lower-body injury since a hit by Clayton Stoner in Game 1 of Round 2) who camps out in front of the net, prime real estate for screens and tip-ins, like he does below. 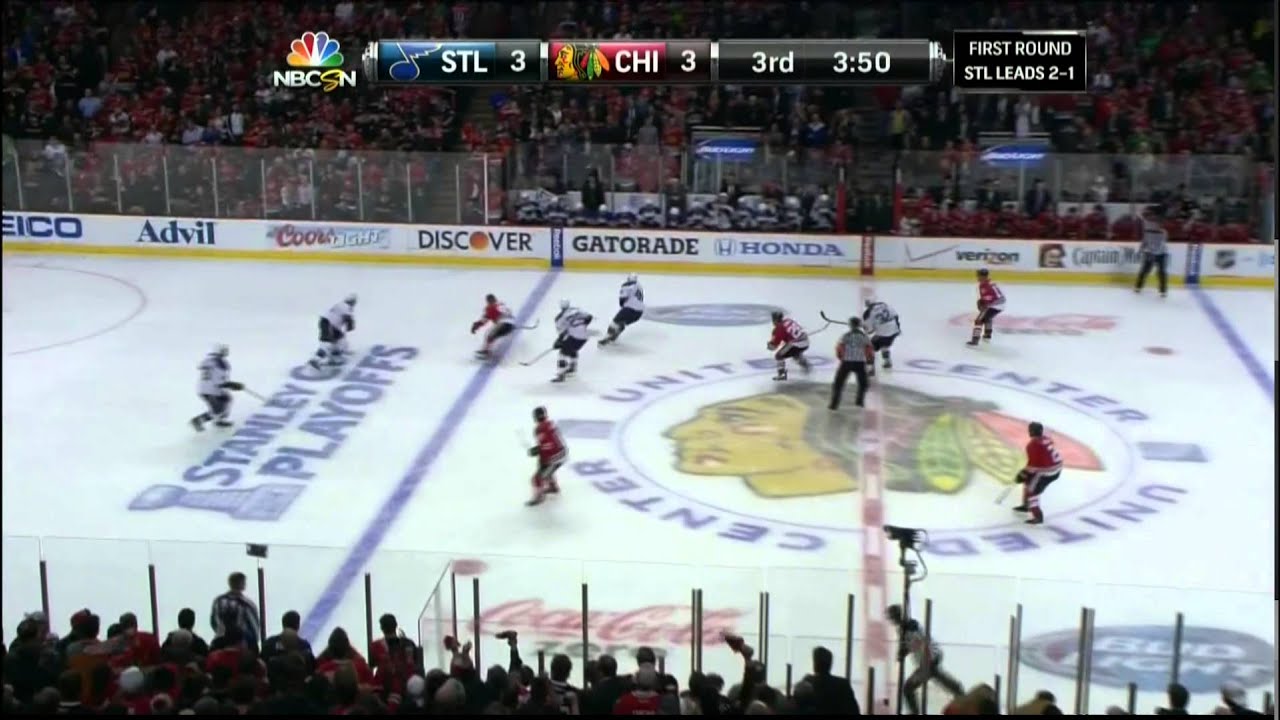 “I don’t alter my game based on who we are playing,” Bickell told NHLPA.com about his recent success. “I think for any player it’s about being consistent in every area of your game, working with your linemates to be effective every shift. My main goal is to build off what we accomplished in the first round.”

Now in Round 2, the Blackhawks narrowly edged a 3-2 series lead Sunday and take on the Wild at the Excel Energy Center tonight. Bickell was unable to score in the last two games in Wild’s territory; in fact, he hasn’t scored on opponent’s ice since playing the L.A. Kings in February.

As a lifetime Cubs, Bears, and Hawks fan, the 2010 Stanley Cup win was the first taste of athletic victory Carly experienced.

A former journalist and current editor, she carries a penchant for excitement (and maybe even fighting) with a resume that includes working for Chicago-area newspapers, and television, including The Jerry Springer Show, as well as NBCUniversal in New York.

Carly covers the Blackhawks for The Hockey Writers and The Pink Puck.