Everything had been going pretty much according to plan for the Winnipeg Jets. Apparently, a little too much so.

The Jets, beset by injuries last year in devastating fashion, had gone much of the first half of the season with no crippling injuries. Any time a player went down, his replacement filled in wonderfully. The other shoe was bound to drop at some point.

On Dec. 27, that shoe dropped hard. Already without Dustin Byfuglien and Tobias Enstrom, two of their top-four defensemen, the Jets suffered one of the worst losses possible when Mark Scheifele got hurt against the Edmonton Oilers. 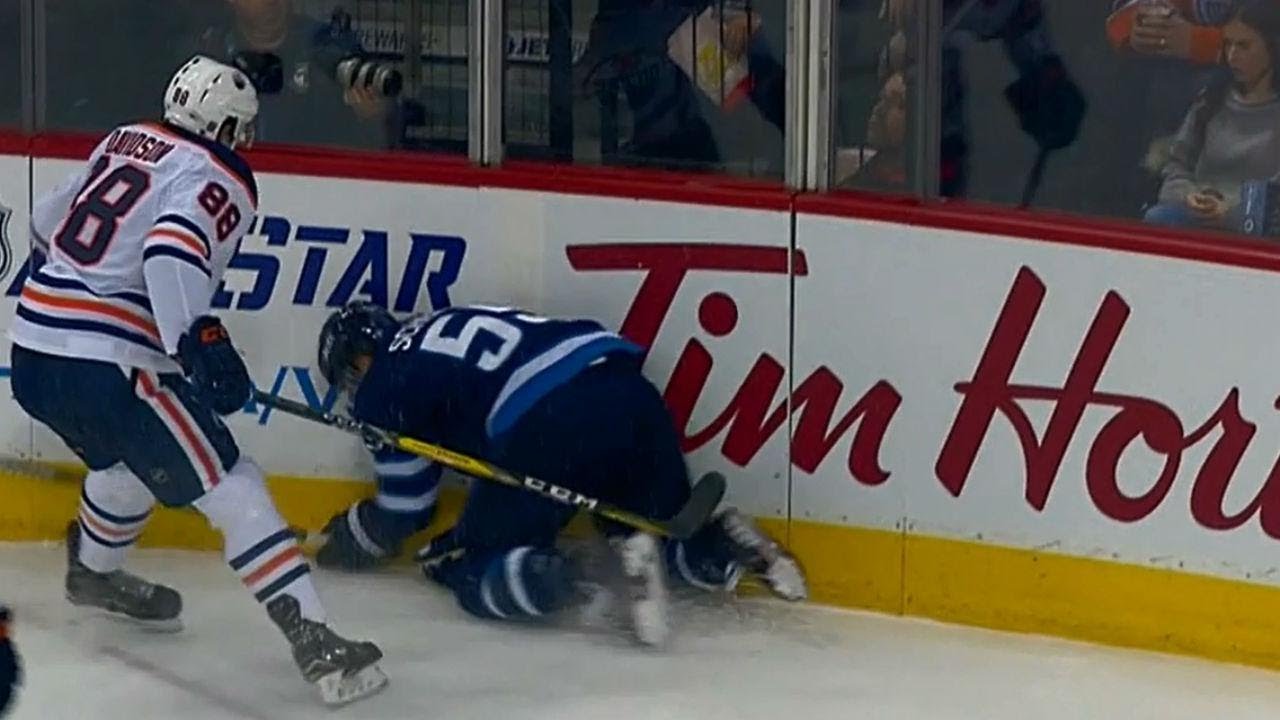 After practice on Dec. 28, ahead of a rematch with the New York Islanders, Jets head coach Paul Maurice gave the update fans had been anticipating and dreading. Scheifele will be sidelined for almost two months with an upper-body injury.

Mark Scheifele is out six-to-eight weeks with an upper-body injury. #NHLJets

This is about the worst news the Jets could’ve gotten. Their second-leading scorer and top-line centreman being out for as much as eight weeks is a terrible blow, and for some teams, it would be crippling.

The Winnipeg Jets, however, are not some teams. They have been offensively dominant this year, sitting second only to Tampa Bay with 125 goals for.

The offense has come from all over the lineup as well. In the absence of Scheifele, it was Joel Armia who stepped up against Edmonton, and there’s no telling who might do it later on.

There’s no need to shovel earth onto the coffin of the Jets season because of this injury, but it’s still a horrible loss. Blake Wheeler has, by his own admission, lost his running mate for the time being. Kyle Connor has lost a centremen who helped bring out the best in him. The Jets have lost, for now at least, one of the brightest young stars in the NHL.

Since the start of the 2016-17 season, there are a bare handful of NHLers with more points than Scheifele. The Jets superstar, for such he must now be called, trails only Nikita Kucherov, Sidney Crosby, Patrick Kane, and Connor McDavid in that time.

Who Steps up Without Scheifele?

For a lesser team, this would be it. Indeed for the Jets of years past, this would mark the beginning of an inevitable decline out of the playoff picture. For this year’s Jets, the sense is that as staggering as this loss could be, it doesn’t have to be debilitating.

There are no guarantees one way or another. The Jets aren’t dead and buried by any means, but the playoffs don’t seem as certain as they once did. We are about to learn a great deal about Winnipeg.

Some players will be called on to step up, and they’ll have to answer the call. One player Maurice singled out in his post-game comments on Dec. 27 was Joel Armia. Armia had a terrific night, perhaps his best as a Jet, with two goals and five shots.

It was the kind of game Armia has burst out with every so often in his tenure as a Jet – a small but tantalizing taste of the dominant force he could be. He’s never managed to do so consistently, but now would be the time to do so, if ever. He’ll be given a chance.

If the Jets are looking for big Finnish wingers to bust out, however, they should start with Patrik Laine. As excellent as the 19-year-old has been at times, there’s another gear there he, like Armia, has only ever teased.

Unlike Armia, there’s a sense that Laine is simply building up to that gear with age, and will get there before long. The Jets may need him to accelerate that growth, however. It’s a lot of pressure to put on a teenager, but somebody needs to help fill the offensive void left by Scheifele, and Laine with his shot and proven scorers touch seems the most likely candidate.

Armia and Laine are wingers, however, and the Jets will need somebody to step up in the middle. Enter Mathieu Perreault. Perreault has done a tremendous job with limited minutes. Now the Jets need him to play some of the biggest of all.

Perreault’s ability to make those around him better is well-documented, and it’s one that Scheifele shares. In Scheifele’s absence, Perreault may have to briefly become a go-to-guy up front.

As bad as the injury to Scheifele is, it could have come at a far worse time. The Jets have built something of a cushion in the playoff race, though not enough to be out of the woods, and have a favorable schedule coming up.

Somewhere in those six-to-eight weeks, Scheifele will miss is the Jets mandatory five-day break. Also in that stretch is the all-star break, a break Scheifele might not have had as he seemed a prime candidate to represent the Jets at the event.

Better still, the Jets expect Byfuglien back in the lineup before too long as well. Enstrom will be a little longer in his return, but we might see him in that time frame too.

There’s never a time when it’s good to lose your number-one centre, but the Jets could certainly have picked a worse one. They’ve also got the depth up front to absorb the loss better than most teams, even without calling anyone up from the AHL.

Nothing is certain in hockey, however, and the Jets are getting a heavy-handed dosage of real adversity in their most promising season to date. The best teams find ways to overcome that type of adversity, and now it’s time to find out the hard way if the Jets are ready to be among those teams.