That’s how Ryan Donato’s NHL career started when he signed his entry-level contract with the Boston Bruins last March. Fresh off of an excellent college hockey campaign and a very good performance in the Olympics that saw him score five goals and six points in five games, Donato appeared ready to take the next step in his career. 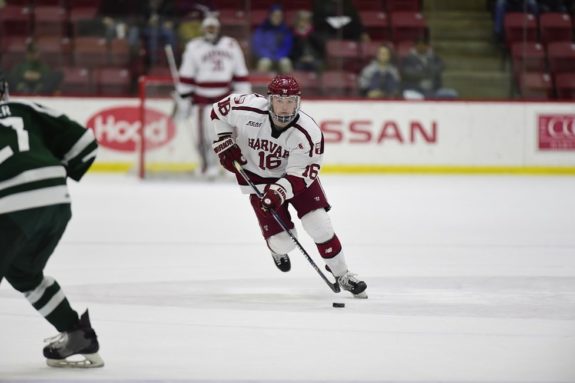 Early on, everything went well for him as well. Whether it was time on the left wing, the right wing or even briefly at center, Donato showed that he was more than capable of living up to the hype.

When the playoffs rolled around, however, Donato would only find himself skating in three games as head coach Bruce Cassidy opted to go with veteran hands instead. Still, hopes were high for Donato heading into his official rookie season in 2018-19 and he was considered a virtual lock to make the roster out of training camp. Naturally, he did make the roster and was given time in the top-six early on.

Unfortunately, the first 11 games that Donato saw in the lineup this season have been less than favorable for him as he’s scored just one goal on only 12 shots. Even worse is the fact that Donato has started 51.1% of his non-neutral zone shifts in the offensive zone, posting a 40.6 Corsi-For% and a Relative Corsi-For% of -12.3. If Donato wants to be in the lineup full-time, he’ll need to prove that he can be a better possession player. 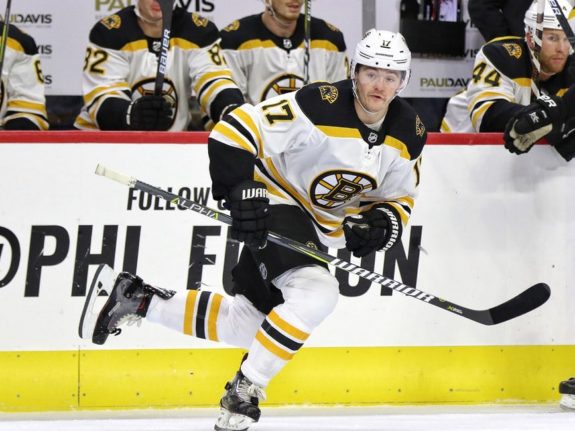 Outside of the statistics, it’s clear that Donato has struggled this season. He has an elite shot that could rival some of the best in the league. Outside of that, however, his work along the boards, in his own zone and away from the puck in general have left a lot to be desired.

It’s for that reason that the Bruins deciding to send Donato to the AHL to work on his game is the right decision.

Before Donato can improve, he’ll need to get his confidence back. Morale plays a significant role in production and it can eat away at a player. If players simply can’t get results on a consistent basis, it can create a ripple effect that causes them to change the way they play their game. While Donato needs to improve in many areas at the NHL level, he’s tried to do too much at times and his dynamic play and shot have both failed to create a difference.

It’s the same reasoning that causes players to go on hot streaks as well. When things are going well and confidence builds, players are capable of going on tears that benefit themselves and the team as a whole. For Donato, the first step is improving that confidence and getting it back to where it needs to be for him to be a difference maker at the NHL level. 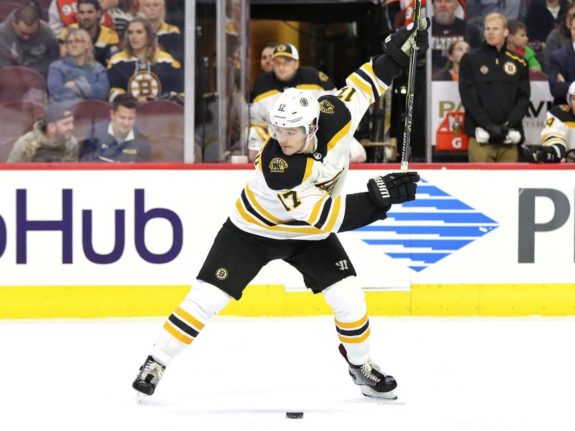 Consider how Donato first entered the NHL. As mentioned, he was coming off of a Hobey Baker-level performance with Harvard as well as an excellent showing in PyeongChang, South Korea at the Olympics. He was doing so well that the Bruins, one of the NHL’s best teams last season, deemed him worthy of a contract even if it meant burning a year of his entry-level deal.

To put it simply, he was on cloud nine and as confident as a player can be. The result? One of the best start to a career the Bruins have seen in years.

If Donato can build confidence in the AHL with Providence, he could find himself making the right decisions again when he inevitably gets a call-up to the main roster. Things that he excels at like his shot, his vision and his ability to draw defenders in his direction will all be honed in at the AHL level where he’ll get an extra second to think on every shift.

Donato Can Follow a Similar Path as His Peers

Even if those traits get back to where they need to be, however, Donato will still need to work on his play away from the puck. Slowing down the game at the AHL should help in this regard and there are a few members of the current roster in Boston who went through that very same learning process.

Whether it was Jake DeBrusk, Danton Heinen or even Anders Bjork for nine games last season, the Bruins have done a nice job preparing their young prospects for what life in the NHL will be like. It’s important for players to practice their strengths and even more important to practice their weaknesses.

It’s for that reason that a player like Zach Senyshyn has seen time working as a grinding forward in Providence rather than a top-six power forward for the majority of his time in the AHL.

Donato will be in the NHL again this season. For now, though, he’ll need to work on seasoning his game and building his confidence for the day that the team needs him.