Well, after 17 games, the Arizona Coyotes are back in the same place they were at the start of the season: right at the .500 mark.

After winning six of seven from Oct. 18 to Nov. 2, the ‘Yotes have now dropped four of their last five, including three of four on last week’s brutal Eastern Conference road trip. They’ll have another five-game homestand starting on Thursday night in Glendale, and they’ll need to string together a few more solid home-ice performances in order to climb back into the Pacific Division race.

After seeing their five-game winning streak come to an end at the hands of the Flyers back on Nov. 5, the Coyotes headed out to Philadelphia and began a four-game road trip on Thursday night in the City of Brotherly Love. After taking a 4-2 lead with two second-period shorthanded goals (which came in a span of 24 seconds), Arizona appeared to have a good chance to salvage a season series split at the Wells Fargo Center. However, third-period goals by Scott Laughton and Dale Weise sent the game to overtime, where the Coyotes were beaten on Shayne Gostisbehere’s game-winner just 1:01 in.

Arizona then made the short trip to Pittsburgh to take on Sidney Crosby and the Pittsburgh Penguins on Saturday evening, but it became clear that this would not be the Coyotes’ night. Crosby opened the scoring with his eighth of the season at 6:42 of the second period and later added an assist on Brian Dumoulin’s third-period tally in what eventually became a 4-0 Penguins shutout victory.

Immediately following their disappointing defeat at PPG Paints Arena, the ‘Yotes made the trip to our nation’s capital for a Sunday matchup against the Washington Capitals in what was Arizona’s first back-to-back of the season. Despite being matched up against the defending Stanley Cup champions, the Coyotes came out strong and took a 1-0 lead with them into the locker room after 20 minutes. Richard Panik then added his fourth of the season during the second period and the Coyotes ultimately cruised to a 4-1 triumph after additional goals by Alex Galchenyuk and Derek Stepan. 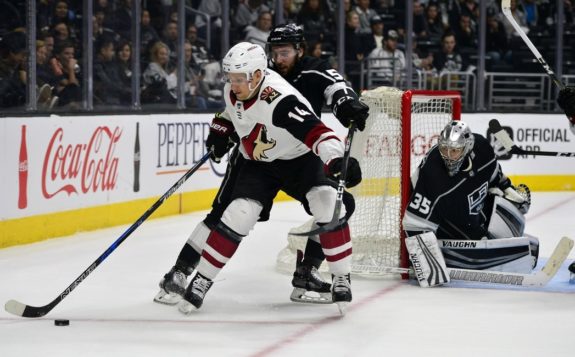 Richard Panik had two points in the Coyotes’ 4-1 victory over the Capitals. (Gary A. Vasquez-USA TODAY Sports)

Looking to end their road trip on a high note, the Coyotes traveled to Detroit for their second-ever visit to Little Caesars Arena on Tuesday night. They dropped a 5-3 decision in Motor City last season, and things didn’t go much better this time around, either. The Red Wings chased Darcy Kuemper with five goals and put another puck past backup Hunter Miska, who was making his NHL debut, as they easily earned a 6-1 home victory.

Following their busy four-game roadie, the Coyotes will enjoy a slower week, with just two games on the slate. However, both will be against some quality competition – the Nashville Predators will come to town on Thursday in what will be the opener of a five-game homestand for the ‘Yotes. Nashville swept the season series last season with a pair of 3-2 victories, so the Coyotes will undoubtedly be looking to get off the schneid and pick up a win over one of the league’s marquee teams in this one. Puck drop is scheduled for 7:00 P.M. in Glendale. 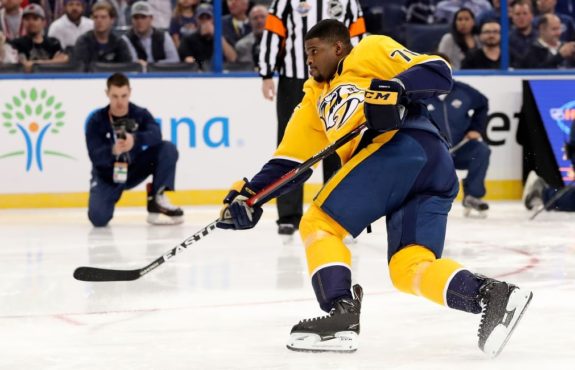 On Saturday night, the Coyotes will welcome the Boston Bruins to Gila River Arena. It’s safe to say that Arizona has had absolutely no success against Boston in recent years. They haven’t defeated the Bruins since a 5-2 victory on Oct. 9, 2010, in a game that was played in Prague, the capital city of the Czech Republic. They’ve lost 12 straight against Boston since then, and have been outscored 49-15 during that span. As the B’s deal with a goaltending controversy, can the Coyotes turn things around and end the streak? We’ll find out at 6:00 P.M. when the puck drops in Glendale.

We’re almost a quarter of the way through another NHL season, and the race in the Pacific Division is as tough as they come. Only six points separate first place from sixth – will anyone break away from the pack, or will this race be close all season long? 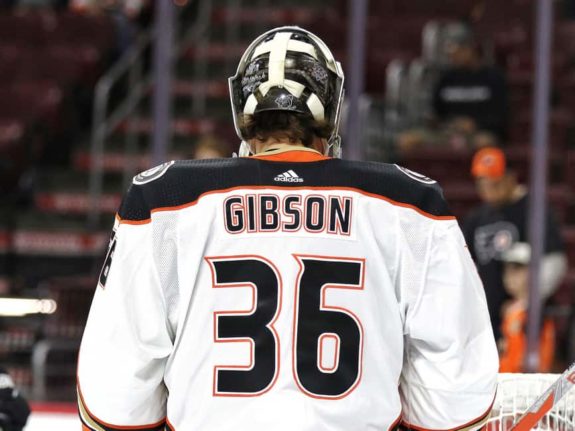 John Gibson is keeping the Ducks in contention in 2018-19. (Amy Irvin / The Hockey Writers) 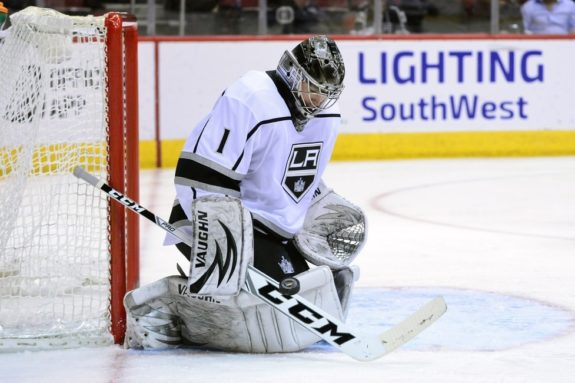 Jack Campbell has played some good hockey as of late, but his offense isn’t doing him any favors at the other end of the ice. (Matt Kartozian-USA TODAY Sports) 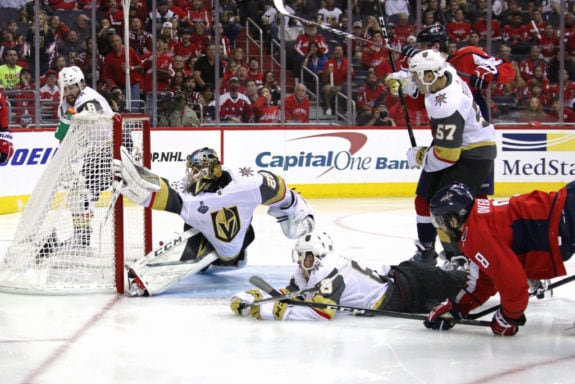