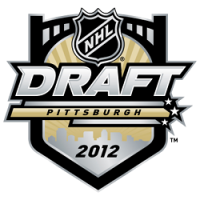 With the third straight first overall pick, the first team to do so since the early ’90’s, the Edmonton Oilers took the dynamic Nail Yakupov.  Here’s a look at the Oilers work at the 2012 draft table.

With the most uncertainty surrounding the first overall pick in recent memory, the Oilers went back to a tried and true formula….take the best player available.

That’s exactly what they did when they took Russian sniper Nail Yakupov.

Coming from the OHL’s Sarnia Sting, Yakupov possesses the elite offensive ability that has become a trademark of number one picks.  Falling in line with the likes of Ryan Nugent-Hopkins, Taylor Hall, John Tavares, Steven Stamkos and Patrick Kane, Yakupov also hopes to establish himself as an offensive force in the league from an early age.

There was much debate from all areas about what the Oilers would do with the first pick, take Yakupov as the best player, take the top defenceman available to fill a glaring need or trade down and acquire an asset as well as lower lottery pick.  In the end the Oilers simply couldn’t afford to pass on Nail Yakupov.

Oiler fans are already envisioning a #1’s line of RNH lining up between Hall and Yakupov.

Wouldn’t that be impressive, and scary for the opposition for about a decade. 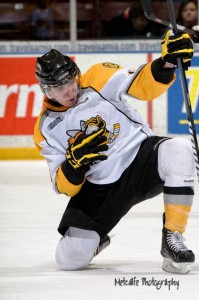 The first questions that come to mind when he put on the Oiler blue and orange are, is he NHL ready? And if so, where will he fit in?

Well by all accounts, the answer to the first question is yes.  He has an NHL calibre skill set and could be an impact player from day 1.  He also has a physical element to his game where he doesn’t shy away from the dirty areas and goes hard to the net.

In terms of the second question, he comes in as a left shooting right winger who likes to play on his off-wing.  In all probability he may move over to the left side as Jordan Eberle and Ales Hemsky are the listed at the #1 and #2 right wingers on the depth chart.  Taylor Hall comes in as the top left winger and with the uncertain status of Ryan Smyth, there’s a potential hole behind him.

Yakupov himself thinks he’s ready and looking forward to playing in Edmonton.  When asked if he was ready to contribute as an 18 year old:

“Why not?” Yakupov asked his questioner. “I think I’m ready for NHL. I want to try. I have whole summer to train and work with Edmonton. This is a great team, a young team, and they play good hockey. It’ll be good playing with those players.” – NHL.com 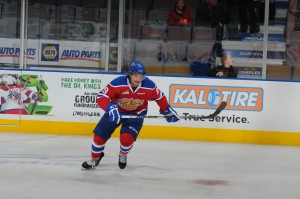 Perhaps a bit of a stretch at #32 based on his ranking, he was ranked 72nd by NHL Central Scouting, Moroz is a tough nosed, physical winger from the WHL champ Oil Kings.

While the overall numbers may not overwhelm you, he came on strong in the second half and was a key contributor in the ‘Kings run to the Memorial Cup.  During the season he had 16 goals and 25 points with 131 penalty minutes.  He also added 8 playoff points.

While seen early on as just a fighter and a physical presence, he does possess good hands and a higher hockey IQ than he gets credit for.  While it might be a stretch to see him as a top six impact power forward, the Oil Kings are certainly hoping for a progression in that direction next year.

He ultimately profiles as a physical, 3rd or 4th line grinder who can provide some sandpaper to the lineup.

The highest ranked BCHL coming into the draft, Khaira had 29 goals and 50 assists for the Spruce Kings.  With good size, Khaira plays a power forward style of game and goes hard to the net.  One of his best assets is his work ethic and compete level.  He will need to improve his skating to make it to the next level.  He is committed to attend Michigan Tech next season. 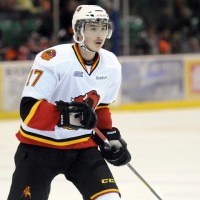 At 6’3″ 197 lbs, Zharkov possesses elite size, but also has a top level skill set.  He skates very well for his size and has an NHL calibre shot with a quick release.  Consistency however, has been his undoing and the main reason he fell so far.  Edmonton is hoping they get the elite scorer and not the enigmatic forward who is absent some nights.

A ’92 birthday, Gustafsson is already 20 years old and played 41 games for Djurgarden in the Swedish Elite League, where he had 7 points in the country’s top men’s league.  At 6’0″ 176 lbs, he’s an offensive defenceman by trade and has powerplay potential.  Not overly physical, he has good vision and makes a good first pass.

Somewhat undersized at 5’10” 180 lbs, Laleggia is an offensive defenceman who can play in all situations. His game really grew at the college level and put up 38 points in 43 games for the University of Denver.  A close friend of Ryan Nugent-Hopkins, Laleggia shows good pucks skills and a very high hockey IQ.

A big bodied winger, McCarron plays a physical power forward style of game.  He found his scoring touch in the second half of the season with Cornell, scoring 5 of his 6 goals in the final few months.  He also racked up over 100 penalty minutes in his over-age season.

*the Oilers did not have a 7th round selection