With the 2018 NHL Draft taking place in Dallas this weekend, it’s time to get primed for what the draft could hold in store for the Los Angeles Kings.

A year ago, Rob Blake was approaching his first draft after being hired to replace Dean Lombardi as general manager of the Kings. When he selected Gabriel Vilardi with the 11th pick, it was the first selection the Kings had made in the first round since 2014 and just the third in the past seven years. That’s a far cry from the organization that made 12 picks in the first round from 2003 to 2010, selecting the likes of Dustin Brown (2003), Anze Kopitar (2005) and Drew Doughty (2008). 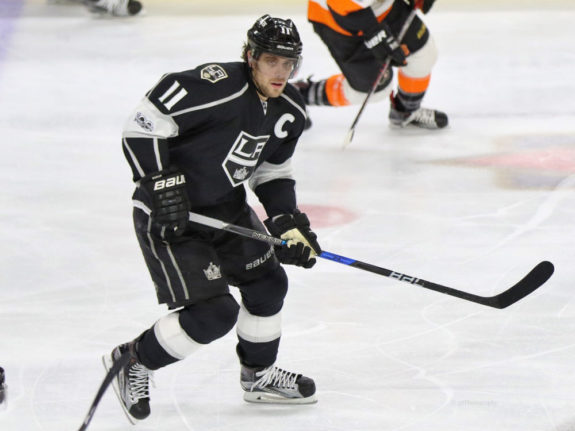 Going forward, keeping those picks is something Blake has placed an emphasis on in an attempt to rebuild the team’s prospect core. “I think the focus for us in the draft is very similar to last year,” Blake said. “We’re going to hold these picks.”

The picks Blake is referring to are seven in total. Starting with the 20th selection in the first round, the Kings are then scheduled to select 51st, 82nd, 113th, 144th, 165th (from the Islanders) and 175th. Their seventh-round pick belongs to Tampa Bay as result of their signing Boko Imama to a contract after acquiring his rights from the Lightning.

Current State of the Kings 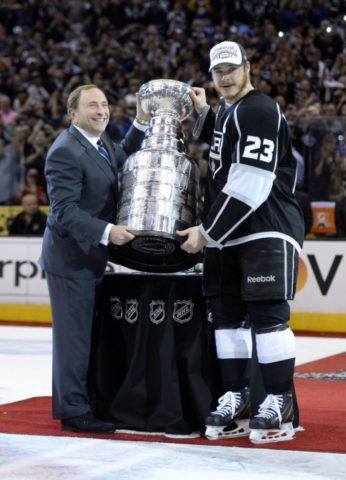 The Kings roster would probably best be characterized as one in transition. For years, they built a reputation around the league as being one of the most physical teams out there. With that in mind, they built a roster of tough but also skilled players through the draft (Brown, Kopitar, Doughty) free agent signings (Justin Williams and Rob Scuderi) and via trade (Jeff Carter and Mike Richards). That combination of physicality and skill won them two Stanley Cups in 2012 and 2014. However, almost simultaneously with the Kings raising that second championship banner, the NHL as a whole started to shift to a less physical, more speed and quickness-oriented style of play.

In the past four seasons, the Kings have struggled to keep up, having locked up many of those players to long-term deals, which has provided them little salary cap flexibility to bring in new blood to help them keep pace. These struggles ultimately are why Blake is the GM in the first place. He now has the difficult task of trying to reshape the roster to better fit the quicker-paced game that is being played around the league. It’s that transition that will shape many of the picks Blake and his staff will be making over the weekend in Dallas.

If history is any indication, then 2017 first round pick Gabriel Vilardi should have a pretty solid NHL career. Vilardi is the fourth player the Kings have taken with the 11th overall pick. The other three times came in consecutive years from 2004 to 2006. While the Kings may have missed when they used the pick on forward Lauri Tukonen, who played a total of five games in the NHL, the other two have done pretty well. Kopitar, taken in that spot in 2005, has become one of the best two-way centers in the league. Jonathan Bernier, taken there in 2006, while not developing into the stud number-one goalie the Kings envisioned, has become a very solid NHL netminder. 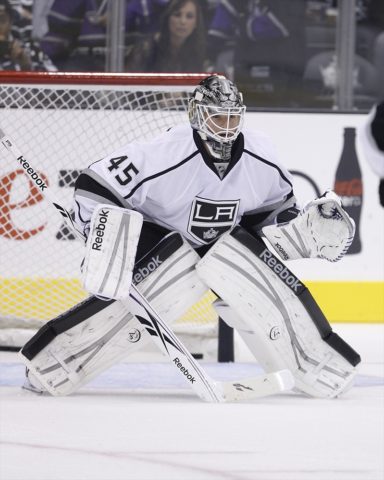 Speaking of goaltenders, the Kings took one with the 72nd pick last year by the name of Matthew Villalta.  The last time the Kings picked 72nd was in 2005 when they also took a goaltender. That one went by the name of Jonathan Quick who only went on to be the 2012 Conn Smythe Trophy winner as the MVP of the playoffs. Those are some big shoes for Villalta to try to live up to.

The Kings have never had the number-one overall pick, but on three occasions have held the number-two pick. The first time was in 1981 when they took center Doug Smith. Smith would play five seasons for the Kings playing in 344 games and totaling 72 goals and 146 points.

They had a little more success the next time they picked second, taking center Jimmy Carson in 1986. In Carson’s two seasons with the Kings, he tallied 92 goals and 186 points in 160 games. Ultimately, his legacy with the Kings has little to do with what he did on the ice as he was a part of the trade that brought Wayne Gretzky to Los Angeles. Carson would actually return to the Kings in January 1993 as part of a trade with the Detroit Red Wings, playing another 59 games and scoring 16 goals and registering 33 points.

The third and final time the Kings had the number-two pick was in 2008, and I think that one turned out pretty well. That year, they took defenseman Drew Doughty, who has only become arguably the best defenseman in the league. Doughty became just the second King to win the Norris Trophy, joining his GM, Blake, who won his in 1998. Doughty was a finalist again this year.

The 20th pick in the draft has produced its fair share of NHL talent over the years. Montreal took Larry Robinson in 1971, and he went on to win two Norris Trophies and a Conn Smythe Trophy. In 1979, Quebec used the pick on Michel Goulet who would go on to score 456 of his 548 career goals for the franchise. The New Jersey Devils used the 20th pick in 1990 to select goalie Martin Brodeur who would play 21 seasons for the Devils and set an NHL record by registering 691 career victories. The Kings themselves have picked 20th twice before, selecting forward Don Kozak in 1972 and forward Alexander Frolov in 2000. 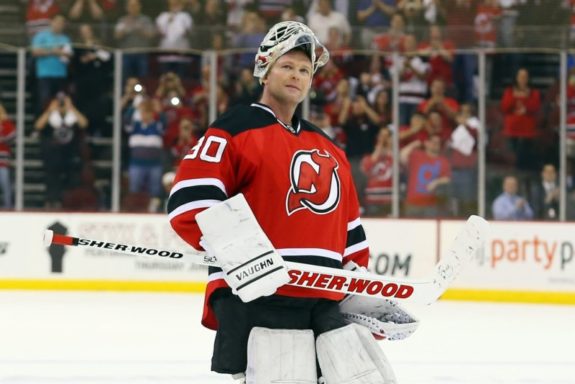 The 51st pick has also yielded some top end talent. In 1984, Montreal used it to select Patrick Roy. Roy would end up second to Brodeur on the all-time wins list with 551, 289 of which came with the Canadiens. New Jersey comes up again, this time using the 51st pick in 1994 to select forward Patrik Elias. Elias would spend his entire 20-year NHL career with the Devils amassing 408 goals, 617 assists, and 1,025 points all of which are number one in the franchise’s history.

The Kings have held the 51st pick three previous times in their history. They had pretty good success the first time they had it, taking forward Butch Goring. He would score 375 goals and total 888 points in 1107 games, with 275 of those goals being scored as a King. The other two times they had the selection were in 2001 when they selected forward Jaroslav Bednar and in 2016 when they took defenseman Kale Clague. 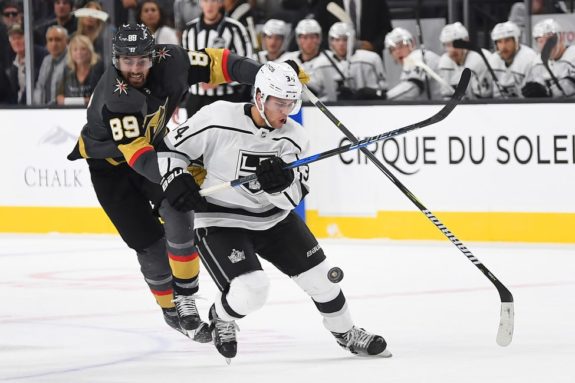 With the 20th Pick the Kings Select…

Now we get to the nitty-gritty, who should the Kings pick at 20? Given their lack of secondary scoring as well as their need to get quicker, it’s easy to see the Kings looking upfront with this pick. They took centers with each of their first two picks a year ago when they took Gabriel Vilardi and Jaret Anderson-Dolan. They could be inclined to look for a winger to play alongside them. The question is, who could that winger be? There are a couple of potential options in this spot.

The first is Martin Kaut, a right winger out of the Czech Republic. Kaut has really sort of shot up a lot of draft boards on the strength of his performance at the 2018 IIHF World Junior Championships where he tallied seven points in seven games. His top skill is his playmaking ability as he has good instincts and an excellent sense of where his teammates are on the ice. What might make him appealing to the Kings is that he doesn’t shy away from backchecking, which is a definite plus for a team that prides itself on being one of the top defensive teams in the league. Where Kaut falls short is that, while he skates well, he doesn’t have the explosiveness to separate from defenders that the Kings are looking for. 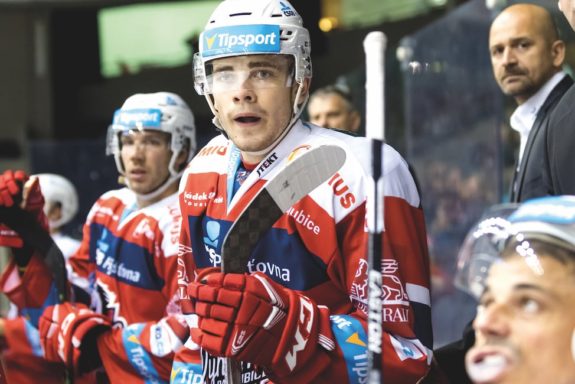 The other possibility from the wing is Serron Noel, a right winger from the Oshawa Generals. Similar to Kaut, he’s not a speed burner, but he has many attributes that make an appealing choice, not the least of which is his 6-foot-5, 204-pound frame. That size aids him well in his ability to provide a strong net-front presence and score a lot of goals from “dirty areas.” He would actually seem to fit the Kings’ old style of play a bit more than what they are attempting to transition to now.

While both players would be fine selections, my prediction is that the Kings will go with Isac Lundestrom out of the Swedish Hockey League.  One thing that I think makes him a very attractive choice is his ability to play both the center and wing positions. Lundestrom has already played two years in Sweden’s top professional league and therefore should be a bit more comfortable playing against older, more experienced players than some other prospects in the draft.

The thing that makes him truly intriguing to the Kings is his tremendous speed as well as his excellent shot with a quick release. By most accounts, he has a good hockey IQ, which helps him to make good decisions with the puck. While a lot of his other skills are not of the outstanding variety, in almost all areas he possesses good skill. He’s also a solid two-way player that meshes well with the Kings emphasis on the defensive end of the ice.

Projections have him going somewhere in the latter half of the first round, with some projecting him around the 15th pick and others towards the tail end of the round. Something that may push Lundestrom further down the draft list is that he is signed for at least another year in Sweden, meaning the Kings would have to be willing to wait a couple of years before he would likely come to North America. With good depth at center with Kopitar, Carter, and Adrian Kempe, the Kings have the ability to wait a bit for Lundestrom as I feel his skillset and ability to infuse speed and quickness to the lineup will make it hard for them to pass on him.

As for the 51st Pick

The 51st pick is one that’s a little harder to project, given that the deeper you get into the draft, the harder it gets to gauge who is and is not available. My attitude after the first round is to take the best available player. With that in mind, who might be available to the Kings?  It’s hard to say, but if he’s available, I would highly recommend the Kings take Filip Hallander, another forward out of the Swedish Hockey League.

What makes Hallander a great fit for the Kings is that while he doesn’t have great acceleration, his top speed is excellent and he plays with a frenetic pace which the Kings are sorely needing. While he’s a little undersized at 5-foot-11 and just 170 pounds, his skillset more than makes up for it. As forwards go, he possesses many strong qualities that the Kings value. Great forechecker? Check. Willing to fight for space in the slot? Check. Good release? Check. Good in the defensive zone? Check. He just checks too many boxes for the Kings to pass on him.  The only problem is he may not be available by this pick, but he might be a player worth trading up to get.

In the later rounds I would look for the Kings to shift to defense in the third or fourth round and don’t be surprised if they take another goalie, as the trade for Peter Budaj illustrates how much depth the Kings are lacking behind Quick.

To quote Dennis Miller, “Of course, that’s just my opinion, I could be wrong.”