Dano is an Austrian born Slovakian forward who is an interesting study for this draft class.

He first impressed me at the 2012 World Juniors in Calgary as the youngest player on the Slovakian squad as a spark-plug player who initiated play and showed creativity in somewhat limited duty. As planned, he was a leader of the Slovakian 2013 WJCs entry and impressed with 9 points in 6 games.

The 5’11” forward is an energetic and very good skater although NHL Central Scouting’s Goran Stubb has stated he could use work on his skating and first step acceleration. We’ll have to agree to disagree on this aspect of Dano’s game as I see him as a powerful skater with good speed and get up and go ability.

What has allowed Dano to succeed in the Slovakian Men’s league 2 seasons ago and in the KHL this past season is his high level hockey sense and above average vision. He’s a smart player who reads the game well. He is a very aware and responsible player all over the rink.

Dano plays an in your face up-tempo game and is that agitating, gritty but skilled forward that every NHL team covets these days. He plays a physical game and is very strong for his size – his performance at the Scouting Combine proved that.

Dano doubles as an effective playmaker and finisher. He also possesses a good set of mits, as they say, with deft puckhandling ability. He also has great hockey genes as his father Jozef played professionally in Europe for 19 years and is current assistant coach with Dukla Trencin in the Slovakian Men’s top league. While the younger Dano likes Jaromir Jagr as a player, the reason he wears jersey #68 in club play is because that was his father’s number, as he explained to me through a translator in Calgary in 2012.

Who’s going to step up to the podium in Newark and say: “Book ’em Dano”?

He was ranked 54th overall in The Next Ones Final Top 210 Rankings and could possibly go anywhere from 40 to 60.

“His hockey sense is what impresses everybody. He seems to think at a level that is uncommon for players that age. He’s skilled, but nothing that really stands out above other players in that regard. But he has the ability to find open ice and make smart plays. That’s what’s given him the ability to compete in a pro league at such a young age (17). The reason scouts are excited about him is they figure he will still mature physically and if he can improve the skills he has, he could turn out to be a great player.”

“He has a lot offensive skills, most notably his hockey sense and his good hands. He is a very aware player, capable of top-end distributions. He tends to make quick decisions, and is an agile player, with powerful, all-around bursts. One scout described him as a slippery skater because of his agility and creativity with the puck. He has an above-average top gear. He will show some physical effort, but he is a smaller player at 5’11”, and he projects as fringe in the physical areas at the NHL level. He will need to build up his strength. –

– Marian Hossa Junior-Lite (that is, he is a long way off in terms of performing like the Blackhawks’ superstar but his style of play is reminiscent of his fellow countryman)

– Former NHLer comparator: “Dano’s style is reminiscent of Pat Verbeek, the little ball of hate.  He’s a great combination of grit and skill.  Now this is a stylistic comparison and not one based on potential.” – Ben Kerr, Last Word On Sports 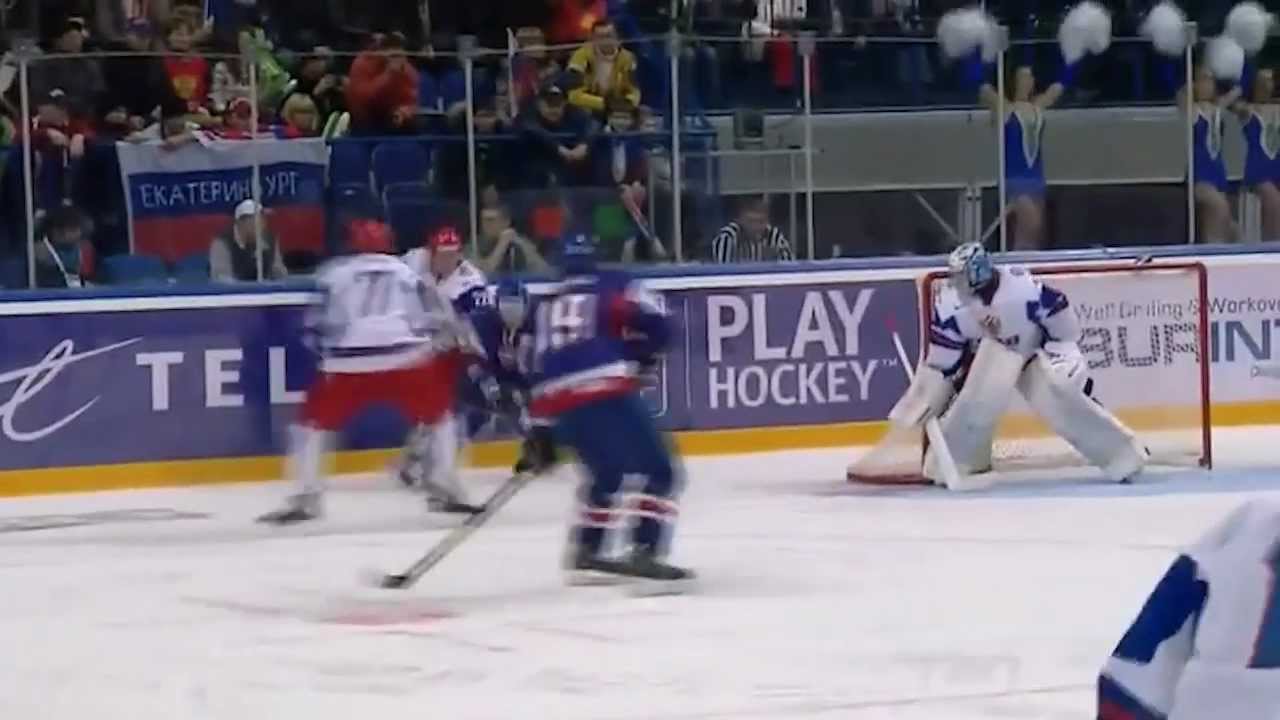