To date, the trade to acquire Phillip Danault is one of general manager Marc Bergevin’s best. A few days before the 2016 NHL trade deadline, Danault came to Montreal along with a 2018 second-round pick from Chicago in exchange for Dale Weise and Tomas Fleischmann. Since then, the trade has easily been a win in favour of Montreal and it’s not even close.

Signing as a free agent with the Philadephia Flyers, Weise has been unable to replicate his previous success in Montreal, with just 18 points in 85 games since then. As for Fleischmann, he has been absent from the NHL since the 2015-16 season. Getting Danault for those two was a steal, but if that second-rounder amounts to anything, the trade looks even better.

From Fourth Line to First Line

When Danault arrived in Montreal, he hadn’t yet established himself as a full-time NHLer. It didn’t help that he arrived at the trade deadline and the Habs were struggling badly that season. Going into the next training camp, he was locked in to play no higher than the fourth line. He began the 2016-17 season as a winger on the fourth line.

However, good play from him and injuries to others gave Danault the opportunity to move up the lineup. He eventually found his way onto the top line centering Max Pacioretty and Alexander Radulov, where he finished with a solid 40 points in 82 games. Danault struggled in the playoffs with just two assists in six games before the Canadiens bowed out in the first round to the New York Rangers.

Much like he did with David Desharnais, Pacioretty has gushed about how much he likes playing with Danault. Pacioretty summed it up in this excerpt from The Athletic:

Max Pacioretty's take on why he's a better fit with Phillip Danault than Jonathan Drouin is interesting, to say the least: https://t.co/gtdHca2pFE pic.twitter.com/AqBwEWrTnp

That chemistry has carried over this season as Danault is centering a line with Pacioretty and Andrew Shaw. The trio is technically Montreal’s “second” line but they play the most minutes of any line. The Jonathan Drouin line is Montreal’s most offensively threatening but defensively they struggle at times.

Danault is not the most talented forward on the Habs but he is arguably their most consistent centre. Drouin is coming along but he has had his expected hiccups of being a top centre for the first time. Tomas Plekanec looks rejuvenated this season playing with Brendan Gallagher and Charles Hudon, but he isn’t the same player he was a few years ago. The fourth-line centre position seems to change every few games. Danault is solid on faceoffs, hovering around 53 percent so far this season, and he is averaging over 17 minutes a game.

Danault is one of those players that does everything well. There are no glaring weaknesses in his game and he can be relied upon in almost every situation and to always give a full effort. Danault can be seen on a nightly basis chasing down pucks in order to set up his teammates.

He has 16 points in 29 games so far this year. Many will say he is better off as a third-line centre. However, with the way he plays most nights, it’s obvious why coaches like to reward players like Danault with more ice time. 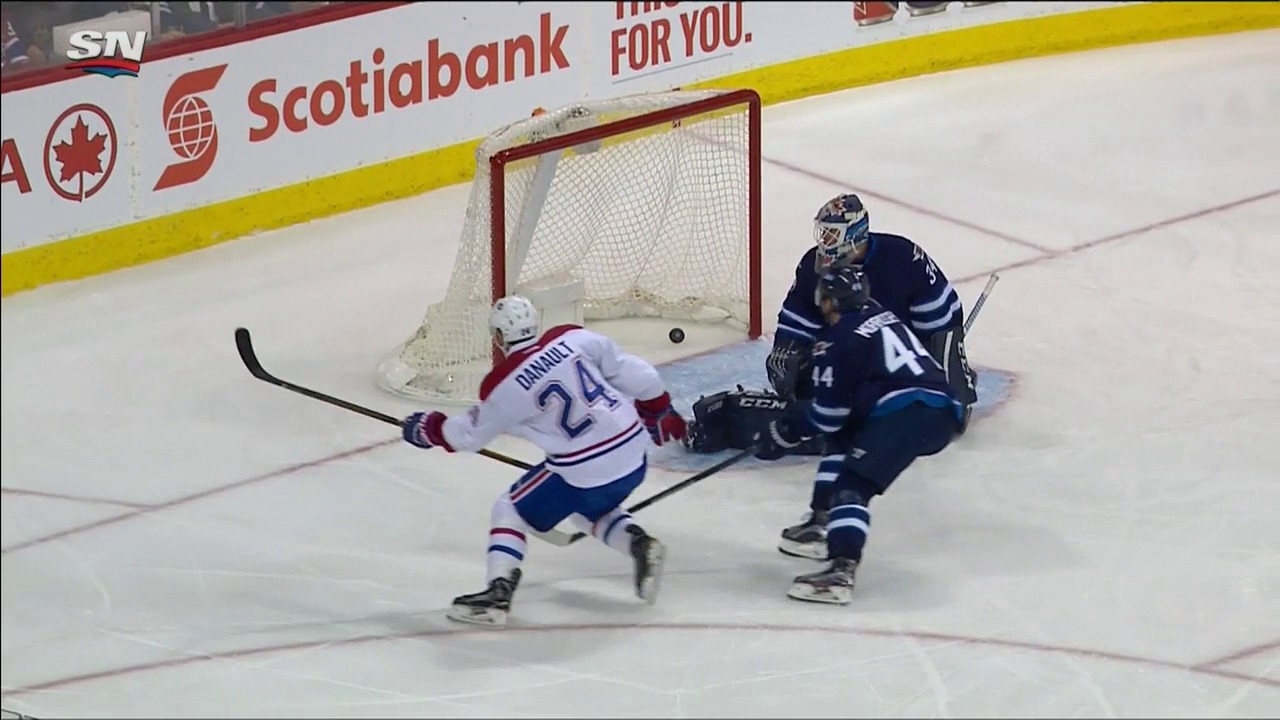 Where Does Phillip Danault Belong?

Danault is a restricted free agent (with arbitration rights) at the end of the season. He will receive a significant raise on his current $912,500 cap hit. The debate continues to rage on where in the lineup Danault is best suited. Is he good enough to be a second-line centre or he is better off as a third-line shutdown centre? Either way, whether it’s the first line or the fourth line, there’s no denying that Danault will come to the rink ready to work.