What’s the best way to cap off a season in which you failed to make the Stanley Cup playoffs, fired your head coach and traded away your captain? How about…

At Wednesday night’s CBA negotiation sessions, both sides appeared to be nearing a deal. Discussions were intense, with back-and-forth sessions and lots of break-offs into smaller discussions. It appeared things…

written by Ian C McLaren At the one month point of the NHL lockout, both parties involved appear to become even more rooted in their respective strongholds with each passing…

After a discouraging home shootout loss to division rival Montreal Canadiens, a dejected Lindy Ruff stood in front of reporters and plainly told them how it was with Buffalo last…

If I had only one move to make and price to acquire was not a factor, Bryan Allen is the guy I get. He’s the type of depth pickup that will win someone a Stanley Cup.

The goaltending dilemma took a new twist in Buffalo with the Sabres’ 3-2 shootout win against the Ottawa Senators on Saturday evening. In fact, head coach Lindy Ruff may have… 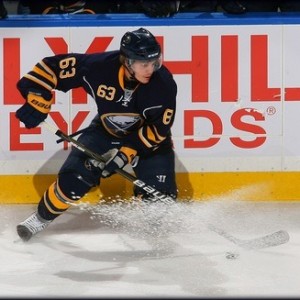 With the Western Conference Semi-Finals now in the books, the NHL’s final four is set in stone. And while the remaining 26 franchises who weren’t as fortunate as their counterparts witness the conclusion of the postseason…

Hockey season came to a halt sooner than most Sabres fans probably would have liked this year. While the NHL Playoffs rage on, the Buffalo Sabres are anticipating one of the most…

RALEIGH, NC – Commissioner Gary Bettman gave his annual ‘State of the NHL’ address on Saturday afternoon at the RBC Center, site of the 2011 All-Star game. Before opening up…