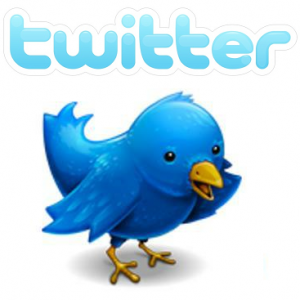 The challenges of Twitter are doubled (halved?) when it comes to the Montreal Canadiens. More so than any other club, the Habs have a fan-base that speaks, writes, and reads in English, or in French, or in both official languages.

That doesn’t stop the team from being the most followed National Hockey League team on Twitter, which at the time of this article was over 465,000 followers. The main NHL Twitter account has over 2 million followers.

Second place NHL team on Twitter? You probably guessed the Toronto Maple Leafs and would be ….. wrong. Second place goes to the Chicago Blackhawks with over 446,000 followers. The Leafs have over 422,000 followers which puts them in 6th place behind the Habs, Blackhawks, Bruins, Penguins, and Canucks. In addition to his salary cap wizardry, Matt Wuest at Capgeek.com also tracks these team Twitter numbers, as well as those for NHL players and media.

Top NHL player on Twitter? Alex Ovechkin with over 615,000 followers. Not many NHL players are Twitter powerhouses, with the obvious exception of ovi8 and Paul Bissonnette. However, Montreal Canadiens players are particularly challenged in having a successful Twitter presence as most are unilingual anglophone, or whose mother tongue is not English or French. Can a Habs player ever be a Twitter superstar?

All challenges aside, I’ve discarded with linguistic differences here and have assembled my list of the Top 10 Habs-related Twitter accounts for you to follow. I’ve left out players who have huge numbers of followers, but simply aren’t very active with their accounts and might not be a worthwhile follow. If you’re a Habs fan, and a Twitter user, these are ones you should at least be following.

En français ou en anglais, the Canadiens main Twitter account is an active dialogue with fans of the club. As the top NHL team account on Twitter, if you’re a Habs fan and not following them, you’re not a 100% Habs fan.

If you missed the premiere of #24CH, catch it again tonight at 7PM on TSN2 and tomorrow at 2PM on TSN.
DETAILS -> http://t.co/fME2G8jhDu

PK’s account is ranked #7 in number of followers for all NHL player accounts. Plus, he’s very active relative to other player accounts. During the off season he treated his fans to updates and pics of his workout regimens. He does quite a bit of self-promotion and accessory promotion too. Always entertaining. Never dull. PK Subban.

Check out the amazing new commercial I’m in for @HyundaiHockey Helpers – helping kids get in the game. @KidSport http://t.co/Ms9Z9VK5N1

Brandon (should I call him Mr. Prust?) ranked #19 for followers amongst all NHL player accounts. He’s relatively active too. Here’s hoping this year he gives us the scoop on a prank on Plekanec, or some other unsuspecting teammate who isn’t on Twitter (including Markov). Prust truly belongs on my Top 10 list, but I’m also afraid what might happen to me if I don’t have him on my list.

Make sure u guys check out the 1st episode of 24CH tomorrow nite after the game!

Thanks for all the good wishes everyone. Very kind.. My biggest fan now has a front row seat to all my games.

Formerly of the RDS team covering the NHL, Renaud made a highly publicized move to TVA Sports earlier this year. I don’t know that such a move could be considered a coup for TVA, but they certainly gained a highly respected and knowledgeable personality.

Just to translate. Max Pacioretty will play Wednesday. Carey Price will be in net. #canadiens

He co-owns the team and is President and CEO. He speaks and writes in both languages. He lets the hockey staff do what they were hired to do. He tweets. That’s good enough to make my list.

Brian Gionta will join his teamates later today in Calgary. #Habs captain might miss the 15 h practice, but should face the Flames anyway

I watch TSN from time to time. I enjoy Sportscentre. I don’t feel I see John Lu enough. He’s with the team and he knows the team.

#Habs Therrien says Budaj will start one of the back-to-back Alberta games this week but wouldn't disclose which one.

#Habs Therrien says Pacioretty will make the trip out west but his status remains day-to-day.

He writes for La Presse, covering the Habs, but I know Marc Antoine from his English TV appearances. Very bright, articulate, and passionate.

Gionta not travelling with the team for family reasons. He'll rejoin the team as soon as possible but it's not clear when it will be.

Yes, my Top 10 list goes to 11. Also with TVA Sports. Very well integrated with the team and the staff.

Tonight on le #PremierTrio, the #Habs get a boost on offense, the undefeated #Avs–#Leafs & an awaited goalie duel in Vancouver. @TVASports

Yes, my Top 10 list goes to 12. Once called HabsInsideOut until the club requested they modify their name, the HabsIO group is a ‘spin-off’ web entity of the Montreal Gazette newspaper, which dedicates coverage to the team. Active bloggers comprise the Gazette’s sports team and include Gazette Sports Editor Stu Cowan, columnists Mike Boone, Pat Hickey, and the aforementioned Dave Stubbs (#8 in our Top 10 list). If you ever wanted dressing room video and interviews with sweaty players, they have it.

Yes, my Top 10 list stops at 13. I would not be able to sleep at night and would be eternally damned if I didn’t include Mr. Houde on this list. He is single-handedly the reason that French adoption and comprehension amongst Quebec Anglophones is as high as it is today. I was born and raised in Ontario the first half of my life. I watched hockey on English CBC television. Today, living in Quebec, I watch every single Habs game on RDS with Pierre Houde doing the play-by-play commentary. He makes my list.

Carey Price @CP0031 – #35 for NHL player accounts, but he’s simply not active enough on Twitter to make my list.

Alex Galchenyuk @AGally94 – Many agree, a future star for the Habs. Low activity on Twitter.

Brendan Gallagher @BGALLY17 – His energy on Twitter doesn’t match his energy on the ice. It never will, but he’s semi active on Twitter.

Brian Gionta @Giostyle21 – He’s the captain after all. Low activity on Twitter.