For the third consecutive season, the NWHL is taking it’s All-Star Weekend on the road to a neutral location. The game in 2017 was held in Pittsburgh, Pennsylvania and the 2018 game was in St. Paul, Minnesota; in 2019 on Feb. 9-10 the NWHL will be taking their All-Stars to Nashville, Tennessee. In the previous editions, the NHL teams in those cities became partners with the league and this edition will be no different as the Nashville Predators are following in the footsteps of the Pittsburgh Penguins and Minnesota Wild. The inaugural NWHL All-Star Game in 2016 was held at the HarborCenter, home of the Buffalo Beauts. 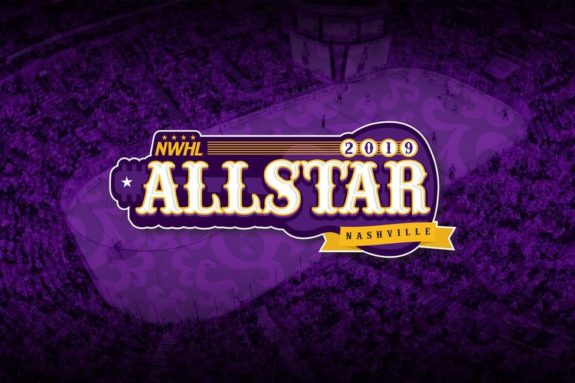 The NWHL 2019 All-Star Game will be held in Nashville, Tennessee (Photo Courtesy of the NWHL)

The games in Pittsburgh and St. Paul were held at the practice rinks of the Penguins and Wild, but in a new twist this season’s game will be held in the Predators’ home rink, Bridgestone Arena, and it will be part of a unique NHL-NWHL doubleheader. The Preds will host the St. Louis Blues at 11:30 am (CT) on Feb. 10 and then at 2:45 pm the NWHL All-Stars will take the ice. Fans attending the NHL game are invited to stay for the All-Star Game which will consist of two 25-minute halves.

The annual NWHL All-Star Skills Challenge will take place on Feb. 9 at Ford Ice Center and will include an autograph session at the conclusion of the event. Prior to the Skills Challenge, the All-Stars will conduct an on-ice clinic for young girls enrolled in the Little Preds Learn to Play program. 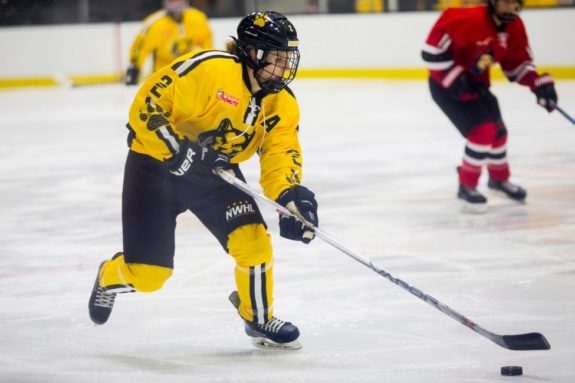 For one NWHL player, this game is very close to home and to say she’s stoked about the league taking its talents to the southern United States is an understatement. Defender Alyssa Gagliardi has been with the Boston Pride in each of their four seasons, but the 26-year-old’s hometown is Raleigh, North Carolina. “It was so exciting to see the announcement of Nashville hosting this year’s NWHL All-Star Game. It’s a great opportunity to showcase our game in the Southeast market, and it’s clear what a great hockey town Nashville already is,” she told The Hockey Writers via text.

“Having grown up in the Southeast, I’ve been lucky to see the growth of girls hockey and it has been tremendous. An event like this will only further the NWHL’s footprint in more areas and further grow the game.” Gagliardi, who is a two-time All-Star (2016, 2018) returns home quite often to help grow the game in North Carolina, as she is the owner of AG2 Girls Hockey Camps which provides young players with professional level coaching and skill development. 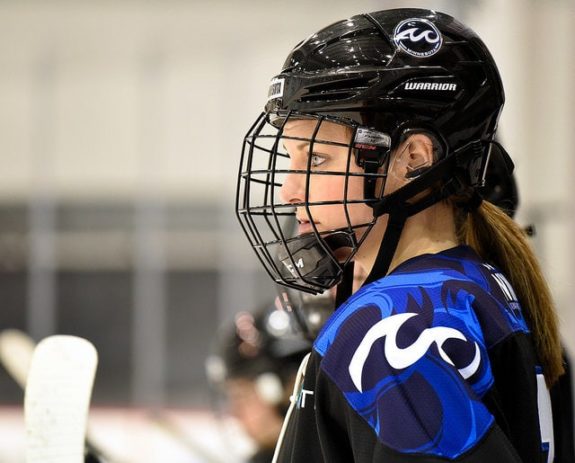 The two All-Star teams will be captained by Buffalo Beauts goaltender/Canadian Olympic gold medalist Shannon Szabados, and Minnesota Whitecaps defender/Team USA Olympic gold medalist Lee Stecklein. “To say that our players and league were excited to accept the gracious invitation of the Preds’ organization to bring All-Star Weekend to Nashville would be a massive understatement,” said Dani Rylan, the NWHL’s founder, and commissioner in the press release announcing the two-day event.

“The opportunity to showcase our great players in an electric hockey market like Nashville will be one of the most significant moments in our young league’s history. From our youth clinic to the always-entertaining Skills Challenge, and then the All-Star Game at Bridgestone Arena – the weekend is going to be a blast for everyone involved, especially the fans. We cannot wait to see you in Nashville!”

Third-year Metropolitan Riveters forward Rebecca Russo has played in two All-Star Games (2017, 2018) during her first two seasons as a pro and is excited for the sport to tap into another market that currently doesn’t have an NWHL team. “I think the All-Star Game being in Nashville this season is unbelievable – it’s another chance to expand to a new area to showcase our talented league and women’s hockey as well,” the 24-year-old from Westport, Connecticut said in a message to THW. “To see another NHL team jump in and support us as the Penguins and Wild did for the past two All-Star Games is great.”

“All of these NHL teams are inviting us to their home and hosting us in their great cities just shows how much they want to be involved; not only with our league, but the growth and expansion of women’s hockey,” said Russo, who won the Fastest Skater competition at the 2017 All-Star Weekend in Pittsburgh. “It shows how much the NWHL is growing in such a positive and exciting way. It’s really exciting that our league is heading further south than women’s hockey normally would go.” 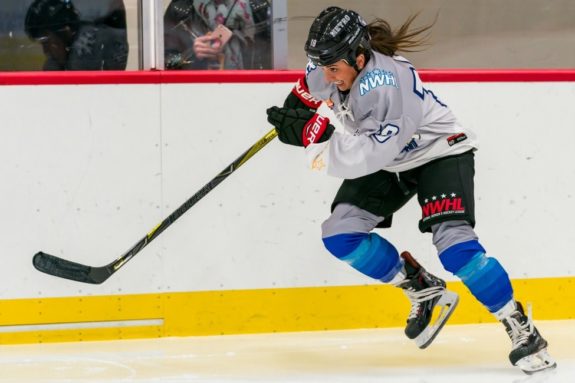 “It’s fantastic that we get to bring the best talent in our league to Smashville and I’m excited to not only see the turnout but also to see what Music City is made of! Thank you to the Nashville Predators for believing in the NWHL and joining the growth of our sport.”

All-Star uniform details, broadcast plans, event times for Feb. 9, roster selection and other information will be made available in the coming weeks.